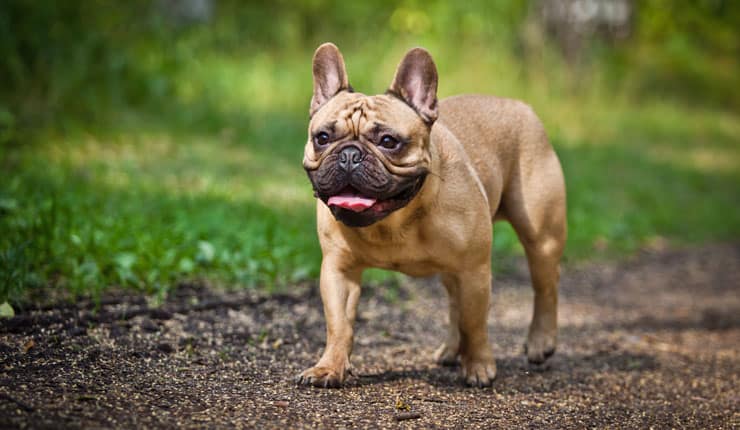 The French Bulldog is becoming a very popular breed and in 2020 was ranked 4th on The Kennel Club’s list of most popular breeds. But how costly are they to insure? And which companies might give the best quotes?

In September 2020 The Pet Insurance Guide surveyed more 16 leading pet insurance companies to discover the relative cost of insuring more than 50 different breeds of dog. The survey had two aims

French bulldogs are one of the most expensive dogs to insure, but although many insurance companies rate them as high risk,  there are some which produce much more competitive insurance quotes.

On average the premiums for French Bulldogs are considerably more than those for much larger dogs such as the German Shepherd Dog or Alaskan Malamute.  They are though less expensive to insure than the English Bulldog.

A dog’s breed is only one factor that pet insurance companies use to determine premium (the other major factors are sex, age, postcode). However all other things being equal we believe you are likely to get a more competitive quote for your French Bulldog from the companies listed as rating the breed as below average risk.   So it is certainly worth checking them out!

Pet Insurance Multi-Pet Discounts: Don’t Make the Same Mistake as I did!